The Hope IT team are volunteers.  We have fun creating courses, and enjoy seeing students gain skills and reflect how God loves each of us.  Here is our team.  Consider joining us. 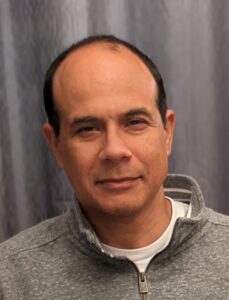 Mike and his wife have been married for 25+ years, and have 3 adult children.  He also has been a programmer for more than 25 years, working in the financial industry, and currently working for Emanate Health, that operates 3 hospitals in East San Gabriel valley.  His immigrant parents bought a Timex Sinclair computer in the mid-1980’s.  That was the spark.  Soon afterwards he bought his own computer — a Commodore 64 — and spent many hours programming as a sophomore in high school.  That was large a contrast from cleaning 3 churches on Saturdays with his father and 2 sisters for many years.  Mike’s father advised him that….”they pay you more using your mind than your muscles”.  Mike thinks there are many underserved kids that need that same spark and opportunity.  Combined with the mindset that God brings gifts to us — community and tech — he started Hope IT as a justice effort to offer kids a chance to overcome economic and educational inequities.

Over the years, Mark has worked for a short list of internet startups and technology companies, and he is currently employed as a Senior Staff Engineer by a local medical startup.  He has been experimenting with electronics and computers since he was a child, and still enjoys fun hardware projects that incorporate small computers and electronics.  That sense of exploratory fun is largely thanks to the influence of his father, an engineer. Hopefully, we can bring that same feeling of wonder to a new generation of hardware and software experimenters through HopeIT.  Mark and his wife live in Pasadena with their dog Sadie. 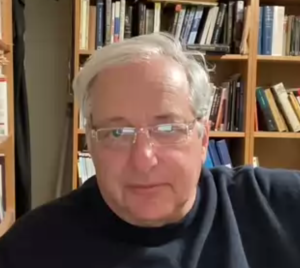 George has been a software developer for over 40 years.  He worked in fields ranging from medical to aerospace.  He is interested in philosophy, psychology, and artificial intelligence (making computers think), which is pushed him into computer science.  These interests meant that writing software was more enjoyable than “working for a living”.

George is also interested in teaching, especially underserved kids.  If kids learn to experience writing software as they experience playing with lego blocks, they can prepare themselves to become working adults, just by having fun.  Fun and curiosity are nature’s way of learning. 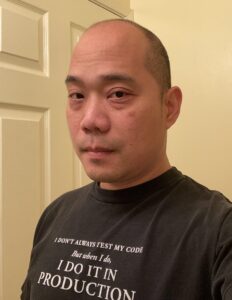 Jason has been a software developer for over 20 years.   He did not see his first computer until high school.    It quickly became a hobby and a career for him.     He enjoys breaking down problems and solving them with computer programs.    Jason thinks that a career as a software developer is demanding because of the constant need to learn new things, but it is rewarding at the same time because there are always new and better ways to do something.

Jason thinks that the positive impact you can have on someone is so great if you can introduce them to technology and what possibilities you can have with it, when it’s used the right way.   If a kid that had never seen a computer until he was 14 can become a software developer, anyone can do this.

In his spare time, Jason still enjoys playing games on the computer, as well as playing the piano.